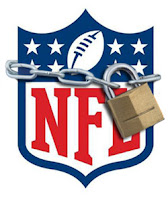 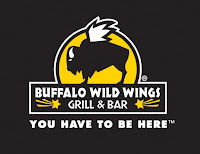 BW3s obviously has a huge interest in the NFL lockout.  They need to make money.  And for a franchise that bases itself on the slogan, "Wings. Beer. Sports."  their profits are directly linked to NFL actually playing games on TV.  No agreement, no games.  No Games, no TV broadcasts.  No broadcasts, fewer customers.

Apparently they have already taken the extraordinary step of  writing an open letter to the NFL begging the league to come to an agreement with its players.  But now a promise to give six free chicken wings to anyone who signs its open letter.  It's essentially an online petition to add some weight to their cause.
If the lockout ends by July 20, six free chicken wings will be given to anyone who signs the “Save Our Season” petition at the Buffalo Wild Wings Facebook page.  Head over there and sign your name.  It can't hurt.  And maybe we'll all get some free wings. And an NFL season!

UPDATE: Obviously this didn't happen.  If you came here looking for info or a coupon...keep on looking.  The owners and players did reach an agreement, but it was not before July 20th.  So...good news is...we have an uninterrupted 2011 NFL season.  Bad news...no free wings.
Posted by The Wing Review

Email ThisBlogThis!Share to TwitterShare to FacebookShare to Pinterest
Labels: BW3s