West Texas Roadhouse
50880 National Road
St. Clairsville, Ohio 43950
Phone: (740)695-6611
http://www.mightyfinegrub.com/
We were out n about on a Monday evening and neither one of us felt like cooking or cleaning the kitchen after cooking…so like every other American with a dime in their pocket, we opted for convenience and went out to eat.  As so often occurs, I was in the mood for wings.  I had tried the wings at West Texas Roadhouse before I started this blog, so I knew they were good enough to satisfy my craving.  And recently I had West Texas Roadhouse wings on a take out order…but it was time to review the wings properly.
The waitress asked if we would like to start out with any appetizers.  I told the waitress that I was probably ordering exclusively from the appetizer menu.  (that’s where the best stuff is anyway, right?)  So, I asked for an order of wings and cheese fries….and what she said next made my day.  “Oh honey, tonight is Wing Night.  You can have as many as you want for 40 cents each.”
Well, it doesn’t get much better than that, does it?  I accidentally stumbled onto a Wing Night!   I ordered 12 wings, hot, and an order of cheese fries.  My kinda dinner.
The options offered aren’t vast. There are only four flavors of sauce to choose from.  The menu reads, “You can choose... Hot, BBQ, Garlic or our creamy Double-D sauce.”  So…simply put…nothing fancy.  But that’s ok with me.
The wings were big.  They stayed crispy on the outside ‘til the very end even after being coated in sauce.  The meat was tender and juicy and pulled easily off the bone. 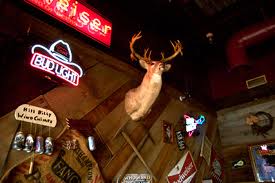 The “hot” flavored sauce is near perfection.  I mean it.  It’s just right.  It’s not just a general type of buffalo flavor that they’re calling hot. It is a true hot sauce.  It could be a little hotter for my personal tastes…but it still carries a kick that will warm you up.  I do find it interesting that they don’t offer any other heat levels when it comes to the buffalo flavor.  The hot is going to be too hot for casual wing eaters, grandmas and wimps.  At least maybe add a mild and medium to the mix.  Wimps need wings too.  I guess for now the wimps will just have to order BBQ or Garlic.  BTW…no idea what Double-D sauce is.  I’ll ask next time.
I have to say…West Texas Wings from the West Texas Roadhouse…are damn nearly perfect.  They’re not perfect, of course.  But close.  Most places who claim that wings are their specialty can’t even make wings that are this good.  For that alone we have to give serious props to West Texas.  Their wings could easily be sold as a main attraction all day/every day.  But for now, they’re buried on the appetizer section of the menu…except of course for Monday nights…when they are the main event. Deservedly so.
Bottom line?  Since West Texas predominantly features steak, chicken and rib dinners, it’s probably not much of a stretch to assume most people haven’t tried the wings.  Please…do yourself a favor…go get ‘em ASAP.  No way in hell you’ll be disappointed.
WINGS - 8/10
SAUCE - 8/10
VALUE – 9/10
XFACTOR + (cool atmosphere, toss your peanuts on the floor, discovered a new wing night)
OVERALL WING RATING – 8.5/10

Email ThisBlogThis!Share to TwitterShare to FacebookShare to Pinterest
Labels: family dining, lunchtime, mom and pop, ohio valley, West Texas Roadhouse, wings are not the main thing, with a bar